Largely self-taught in the field of design, Chris Pardo spent eight years living/studying across the West Coast before returning to Seattle to attend the University of Washington’s Masters of Architecture program. While a student, he cofounded Pb Elemental Architecture along with former partner Dave Biddle. The firm grew quickly focusing not only on design, but also construction, development and real estate. In less than five years the duo had successfully designed over 500 projects.

Now Chris Pardo Design: Elemental Architecture has offices in Seattle and Palm Springs. In 2007 Chris was honored with an AIA commendation award for the design of the Sterling Residence, received the 2008 Design achievement award from Seattle Homes & Lifestyles Magazine, in 2009 was named to the “20 under 40 top architects” as well as honored as one of the “Top 25 innovators” by Seattle Business Magazine. Recently he was named in the “Worldwide Architecture: The Next Generation” as one of the top architects under 40 in the World, and was named as “Decades Best” by Seattle Magazine.

In 2011, Pardo was honored as one of Seattle’s “Most Influential People” by Seattle Magazine. He has been featured in many national/international blogs, magazines, books, and newspapers.

Chris is also the co-founder and designer of several successful establishments in Seattle & Palm Springs.

Chris Pardo came to Palm Springs looking for a vacation home and has since made it his workplace. Not the home, but Palm Springs — and several other cities in the area.

The founder and principal of Chris Pardo Design: Elemental Architecture is working with established developers, such as John Wessman, and relative newcomers, including Coachella Music Festival promoter Goldenvoice, on dozens of projects throughout the Coachella Valley.

"I like how this community responds to architecture,” says Pardo, who has garnered appreciable notoriety for his custom homes with his signature minimalist aesthetic, inspired by Asian, Scandinavian, and midcentury modern design. “People here appreciate and understand what we’re doing, and when they’re criticizing, they have a basis for their argument.”

The architectural designer, who made his first trip here from Seattle in February 2012, needed less than a year to land on the local news. He and Peter Karpinski co-founded Arrive Palm Springs, a 32-room boutique hotel with a restaurant and retail spaces. Opening north of the Uptown Design District in the spring of 2016, Arrive was the first new hotel to break ground in almost 10 years in Palm Springs. And, with Facebook multimillionaire Ezra Callahan as an investor, it could be the first property in a regional or national hotel brand. 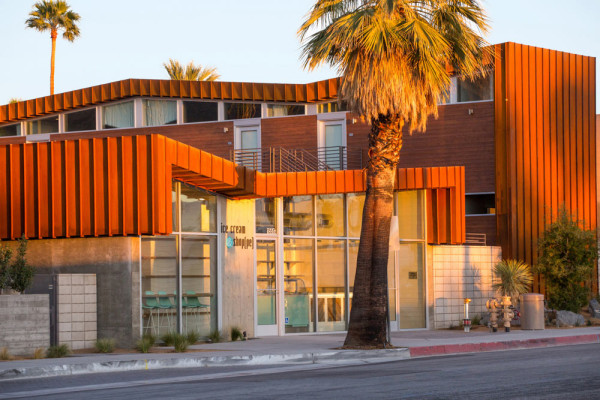 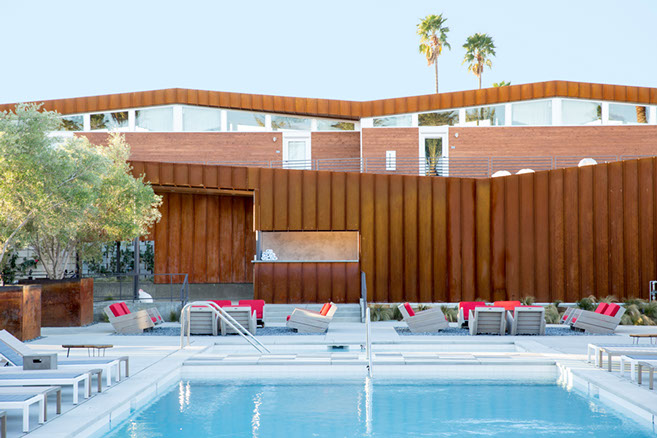 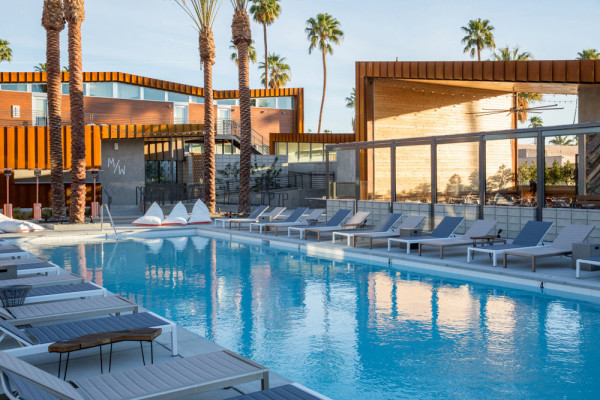 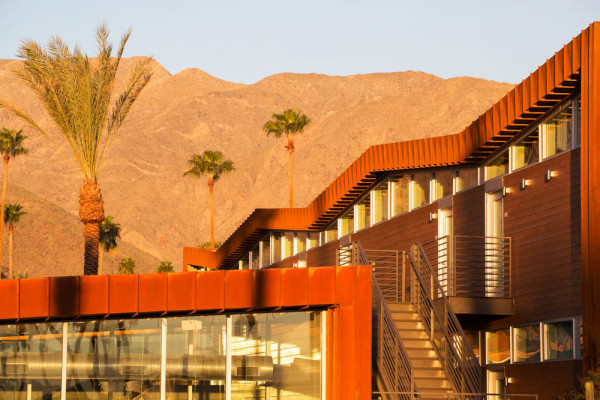 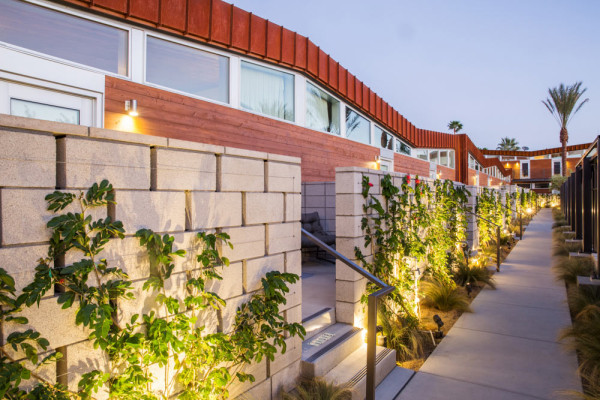 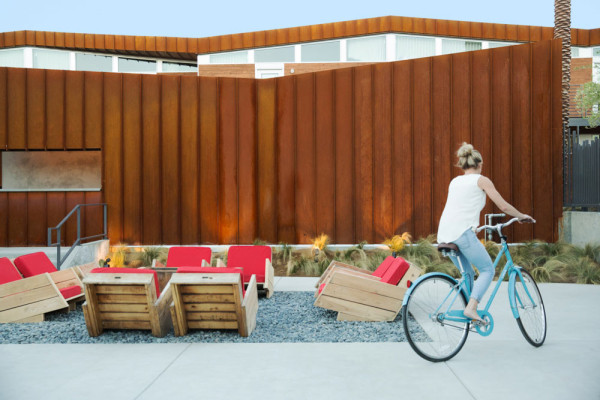 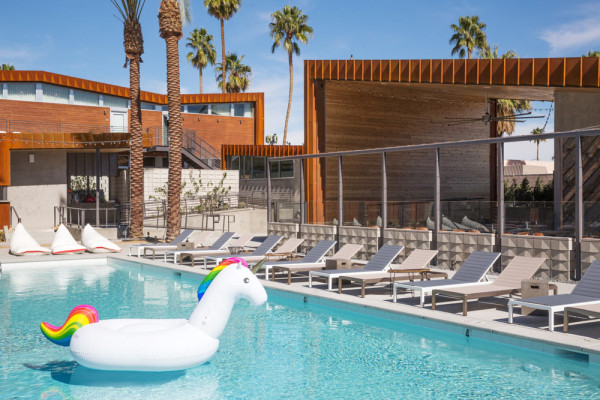 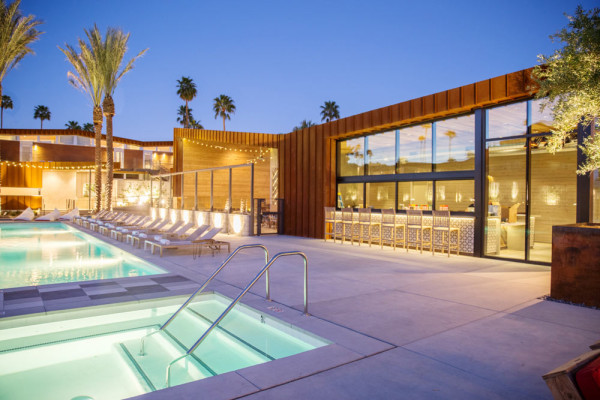 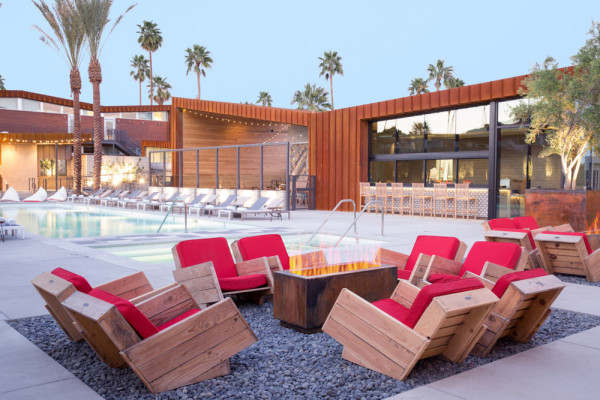 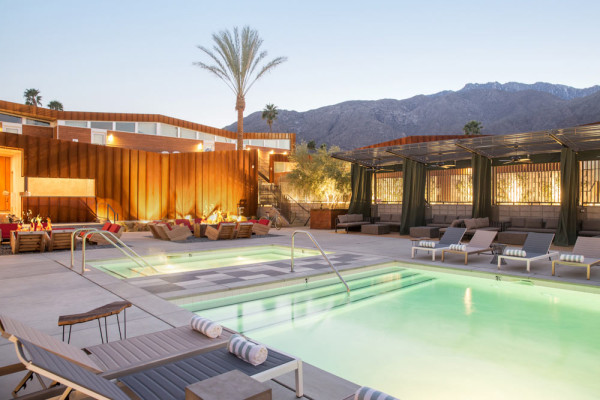 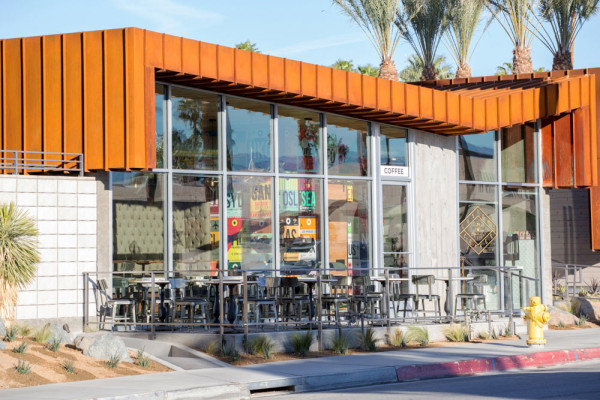 Pardo comes to the area with an impressive list of accolades garnered in a 10-year span since graduating with a master’s degree in architecture from the University of Washington in Seattle. He built his first homes with a classmate and eventual business partner, David Biddle. “For our thesis, we proposed to build two houses, while our classmates were working on bigger things, like hypothetical opera houses.”

Pb Elemental Architecture secured financing, overcame an easement issue, and built on a 25-foot-wide parcel in downtown Seattle. “The houses sold three days after they were built — for $100,000 more than the bank had estimated.” They then began fielding more jobs than they ever imagined and within three years had offices in Seattle; Lima, Peru; and Hong Kong.

When the economy collapsed in 2008, Pardo laid off about 40 employees and eventually started opening restaurants and bars in Seattle — including a hot dog restaurant named Po Dog and an autoparts-themed sports bar called Auto Battery. As the economy began to recover, architecture clients came back.

“We are now doing about 60 to 70 projects a year,” says Pardo, who employs 11 architects and an interior designer. In Palm Springs, Pardo envisions a “gateway district” north of uptown that connects Indian Canyon and Palm Canyon Drives with the Arrive Palm Springs Hotel and restaurants — including The Reservoir restaurant and Sandfish sushi and whiskey bar — near The Riviera in Palm Springs.

Chris Pardo: "Originally I was looking for a vacation home to get out of the cold winters in Seattle. After visiting for the first time three years ago, I fell in love and started looking closer at doing business here. Before you know it I was here fulltime (maintaining my practice in Seattle and opening one in Palm Springs)".

Regarding specific challenges to designing for construction in Palm Springs, Pardo says, "There are challenges and opportunities. Compared to the Northwest and Northeast, Palm Springs’ sun exposure guides design. Solar positioning, cross ventilation and screening is essential. These elements become design attributes of the building and help define the architectural language. Indoor/outdoor spaces become paramount to the design and lifestyle."

When asked about his design philosophy, and how this methodology figures into his work, Pardo responded, "I start fresh on each project, the site and program informs where my mind goes. Typically I like to use three materials on exterior design and carry then into the living spaces. On restaurants and hotels it is a unique opportunity to create a backdrop, almost like a set of a play for activity/life. It’s quite fun having the ability to work in both residential and hospitality interiors as they scale very differently."

He describes his personal aesthetic as "Simply modern. My work is based on the natural environment in which the buildings are placed, while accentuating the way we inhabit space today. I love true materials: wood, concrete, stucco, glass all revealed in the correct lighting."

Referring to the many facets of his career to date - architecture, design, construction, development, and real estate - and the common denomenator among them - Pardo says, "I just love to create, it excites me and is my life. No matter what I am physically doing, I am thinking about how I can improve the look or flow of things."

"I am also quite passionate about the renovation we are currently designing for the Wexler Steel home #4," he notes. "The owners have been a dream to work with and the end results are stunning. As a designer, working on a Donald Wexler historic building is a once in a lifetime experience."

"I cannot hide my excitement for the future of Palm Springs," Pardo says, expressing his enthusiasm. "The next 5-10 years will usher in a refinement of what has been building over the last ten years. The community has embraced this town, and has created a place unique to itself. In the very near future, Palm Springs will become a full international tourist destination and will have cultivated a reengergized population of designers, artists and entrepreneurs. Amazing!"

When asked what he loves most about Palm Springs, Pardo replied, "I love the people. I have a tattoo on my arm of every place I have lived so far in my life—13 places. Of all the places, Palm Springs has been the most welcoming—with the most interesting and talented people I have ever met. People’s understanding and appreciation for art and culture is astonishing. I look forward to many more years here. Let’s just say I don’t expect a 14th tattoo anytime soon!"

His design also plays into what’s known as Block B in the redevelopment of the former Desert Fashion Plaza in downtown Palm Springs. Wessman Development hired Pardo to design one-story retail structures and a three-story office building. The retail design features exposed steel I-beams, COR-TEN steel, reclaimed wood, smooth stucco, and large steel overhangs. The office building will be a glass cube with metal mesh fabric around its perimeter, allowing for natural light and protection from the sun.

Wessman — who called on Pardo to design Il Corso, a new Italian restaurant he and Chef Mario Marfia own on El Paseo in Palm Desert — has also confirmed that he’s working with the architectural designer on a new 144-room hotel project in Palm Springs for Richard Branson and Virgin. 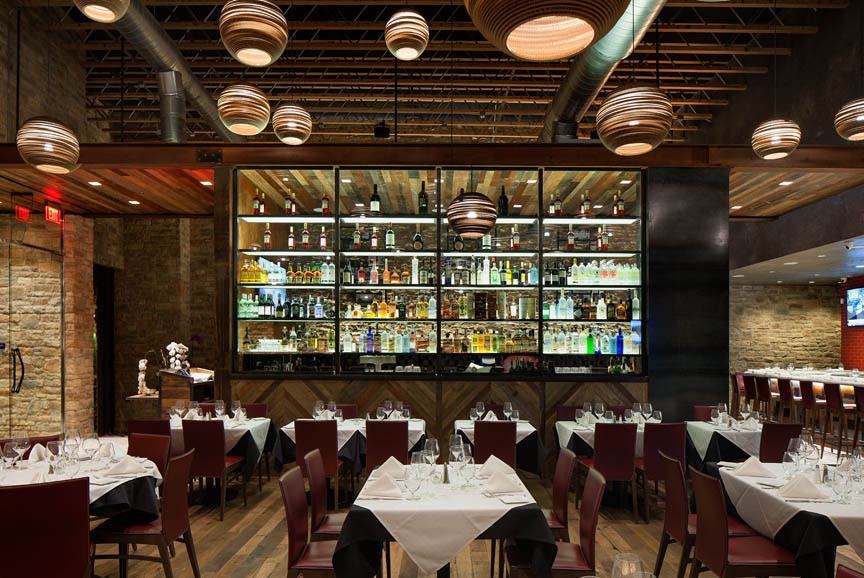 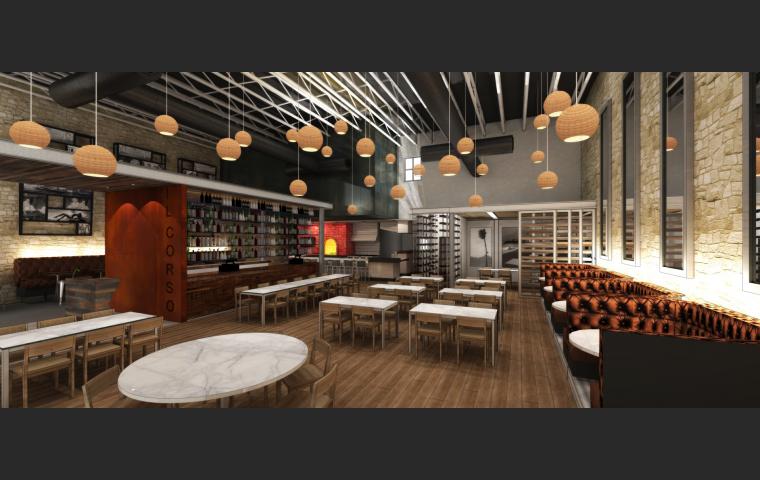 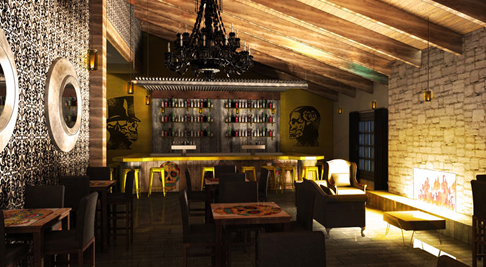 Pardo’s other projects include Hacienda Cantina & Beach Club, at the former Cedar Creek Restaurant location in south Palm Springs. Commissioned by owner Rich Meaney, the design calls for steel and concrete block structures, an elaborate interior with Day of the Dead influences, and a pool area with bar structures and built-in cabanas.

“Housing and hotels have [a] simple, minimal look,” he says. “I do a lot of different things with restaurant interiors. I see them more as a movie set — the background for an event. It creates a mood.”

He’s also designing Smoke Tree Supper Club; an 11-unit loft project in the Tennis Club neighborhood; as well as custom homes in Rancho Mirage and Palm Desert, and 11 midcentury modern–style houses near the polo fields in Indio. “Most of the houses I design are LEED certified and strongly design-oriented to take advantage of the site,” he says. “They’re technology-based — solar, water, windows.”

Goldenvoice, which produces the Coachella and Stagecoach music festivals, commissioned Pardo to design 200 to 300 permanent restrooms constructed with steel and concrete blocks. "We completed two restroom buildings on the grounds just before Coachella this year," Pardo said, during a 2014 interview with Palm Springs Life. "The structures hold all most 200 bathroom stalls, providing a much better experience for festival attendees. The buildings carry a similar aesthetic to most of my work, with concrete block, Stucco and a thin steel roof line. More permanent structures are planned."

Pardo also has completed designs for Virgin Hotel, set to open in 2018; he likens the 144-room Richard Branson-owned property to the ultimate box seat for viewing live music. "The cool thing about it is why Virgin chose this site: It overlooks the new open land that is planned to be a cool events center with stages and live music," he says, referencing a 50,000-square-foot park in Palm Springs that will include a stage with a capacity of 3,000.

Two years into his Palm Springs experience, Pardo has had little time for that vacation home. But the designer has no regrets. He’s at the forefront of a renaissance in the city.

“It’s really exciting [in Palm Springs],” he says. “We can have a real impact here.”