I've said this before, in this blog: I'm not necessarily a big fan of the "open-plan" kitchen concept. I know how it got started. Way back in the midcentury baby boom, families in new suburban ranch homes found themselves cutting a habitual path from the TV set, to the refrigerator, and back.

Floor plans began to emerge, during this period, that not only included an attached, direct access garage - with typical entry to and from the kitchen, good for unloading groceries - but also a "family room" (aka "den") which served as the casual, everyday, de facto gathering place (as opposed to the formal "living room"), and often featured a pass-thru, across a bar, into a semi-open kitchen (itself a new concept). 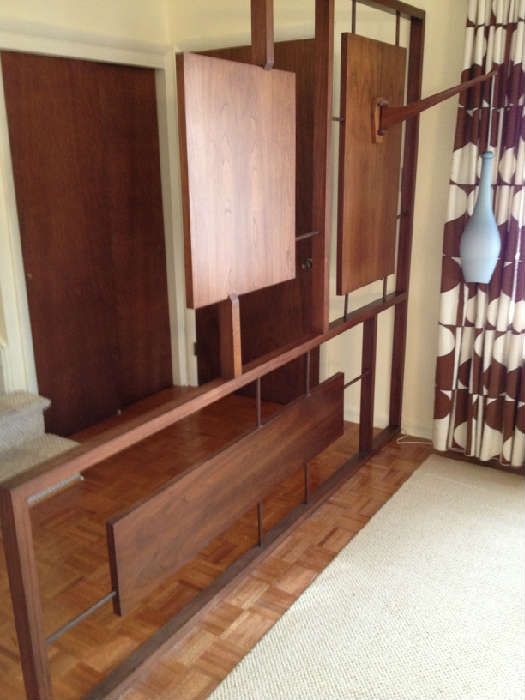 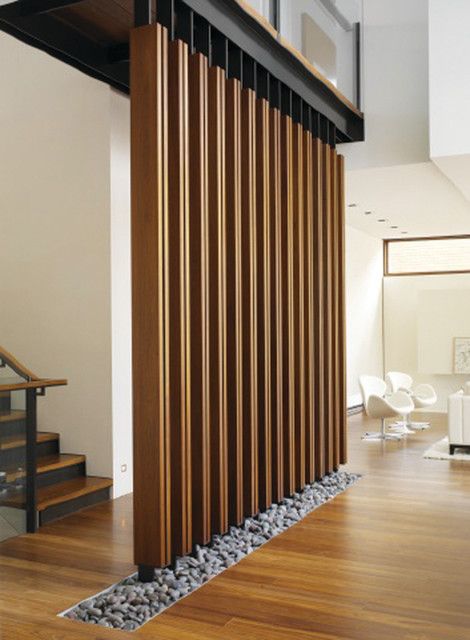 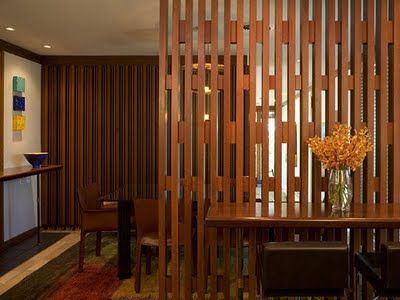 I was born in 1960, and a sizeable chunk of my formative years were spent in a pair of midcentury ranch houses, so I get all this. Still, the first little 1957 house I grew up in was too small (985 sq. ft., but with a full size basement underneath) to accomodate separate formal and casual spaces (the basement served as the "rec room", if you will) and the second, much larger, 1955 house - without a basement - did not have a casual "family room" either.

But as the U.S. population sprawled ever-westward into suburbia, tract ranchers with rec rooms became the norm. Gradually, developers hit on a cost-saving idea: if everybody is spending all of their waking hours at home either in front of the TV set, munching chips, or in the kitchen, grabbing a beer - and since they often don't want to miss a second of prime-time - why have a formal Living Room at all? If it's pizza or leftovers most nights of the week, why have a formal Dining Room? If these spaces, as such, are not being used, why not eliminate them? 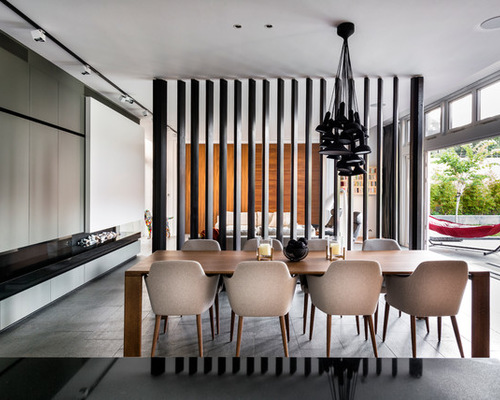 Modern (and more casual) living westerners seemed to agree, and defined formal spaces went the way of automotive fins. Taken a step further, this eventually became the "open-plan" concept: one big community room for preparing, serving, and consuming, media and otherwise, with adjunct wings for sleeping and bathing. This, too, was good for developers: fewer walls to frame, lines to run, and sheetrock panels to hang.

Soon enough, this became the new norm, particularly as touted on then-emerging real estate and design related cable network "reality" shows: time and again, episodes featured the new owners of supposedly "tired" vintage homes, gleefully swinging sledgehammers into the drywall (in some cases, the lathe and plaster) that separated Kitchen from Dining, Dining from Living, and so on, with the enthusiastic encouragement of handsome, media celebrity hosts. 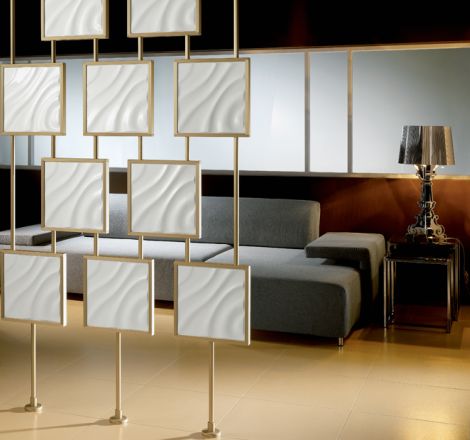 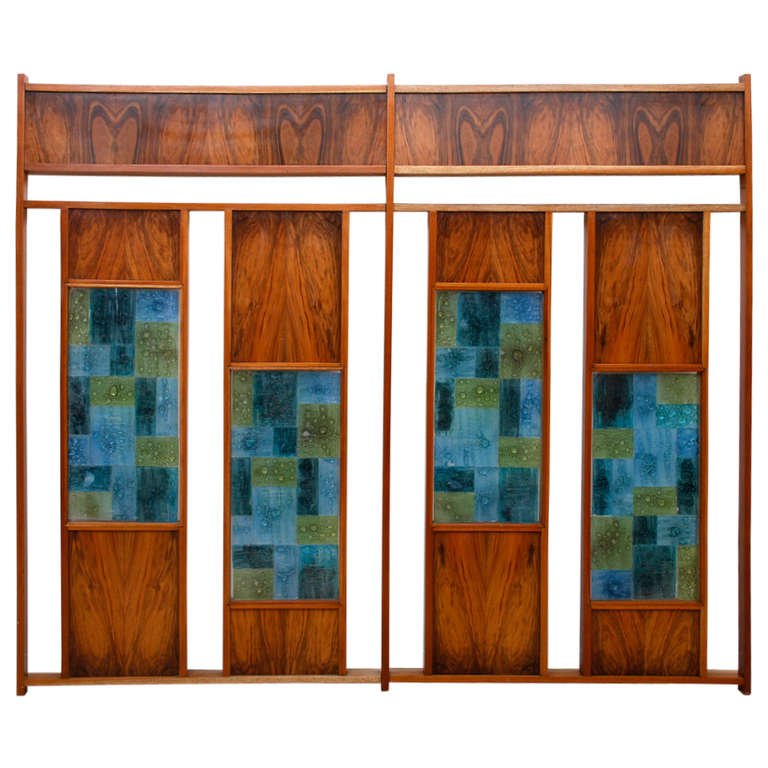 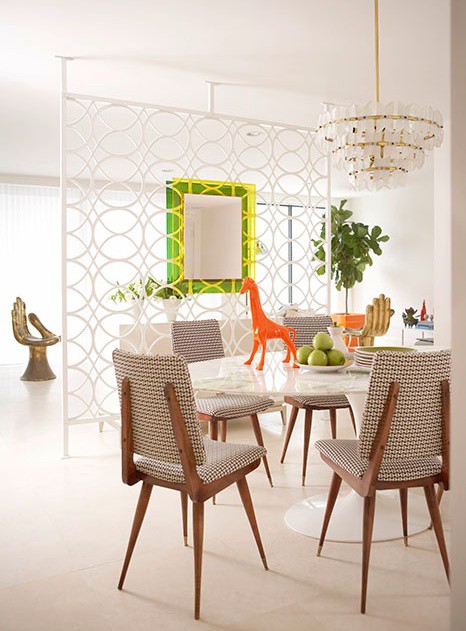 Some of us came from other areas, where a lot of homes were older, and so are accostomed to having defined spaces - and some Buyers really want that. Or, they miss it, and they want it again.

Even as floor plans were opening up, in the 1950s and 60s, areas were still defined - and separation was still created - in ways both functional, and often beautiful, from a design standpoint. Visual "flow" was created - even where physical flow was marginally limited - with the use of room dividers. Some of these were fixtures; some were, in fact, only furniture (see above, from Broyhill's classic 1962 Brasilia collection) but in the rush to modernize, room dividers were often the first thing to go.

I'm a big fan of Modernism - Midcentury Modernism, as well as today's Contemporary - and I understand that the trick to bringing back the impact of an older home - successfully - is to somehow modernize its features and design elements for today's audience, today's prospects, today's living, today's sensibilities, and today's tastes (or lack thereof). Ideally, all this is accomplished while recognizing, emphasizing, and honoring the structure's original design ideas and concepts.. 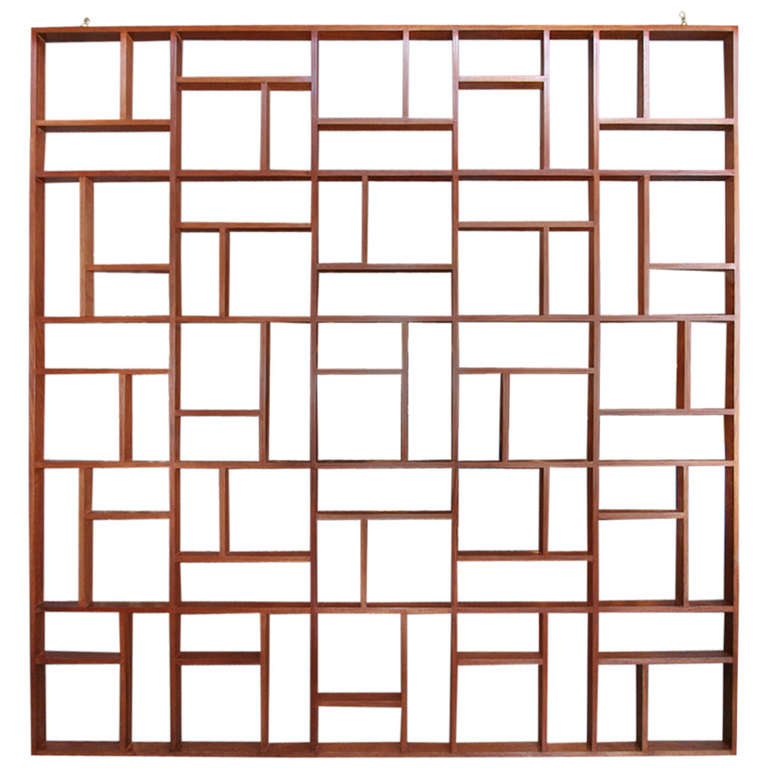 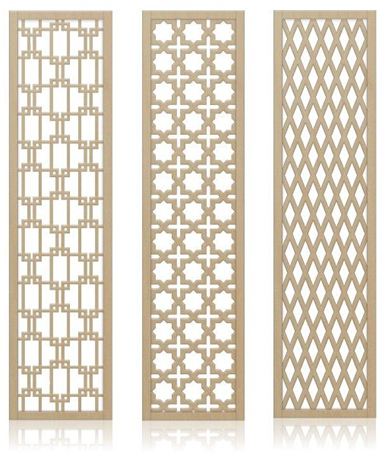 One of my personal pet peeves is walking into a "renovated" vintage house and being immediately struck by: a) acres of undefined, undefinable, gymnasium-length floor space; b) an unmistakable header-beam, running the length of this now-open box, on full display; and c) the odd - but very necessary - support post, or two, now standing exposed, in the middle of the room.

Sorry, but it's just a lot tougher to successfully decorate (or furnish around) a post, than it is do with some kind of wall. (And, truth be told, the kitchens of Midcentury homes - whether galleys or U-shaped - had some very efficient work triangles).

You don't always have to go re-framing and replacing walls, though (unless, of course, you are restoring a 1930s Spanish Revival cottage that's been gutted. In that case, you really should put the walls back in place). The sensitive - and often, striking - solution, for homes mid-century and newer, is the use of room dividers. Not only period correct, but an affordable, changeable, and beautiful solution. They're an easy way to restore period design interest - or add some, where it might not have existed in the first place.