Not to be confused with the contemporaneous American Craftsman movement Mission Style furniture, the Mission Revival Style was an architectural movement that began in the late 19th century for a colonial style's revivalism and reinterpretation, which drew inspiration from the late 18th and early 19th century Spanish missions in California.

The Mission Revival movement enjoyed its greatest popularity between 1890 and 1915, in numerous residential, commercial, and institutional structures – particularly schools and railroad depots – which used this easily recognizable architectural style.[1] It evolved into and was subsumed by the more articulated Spanish [Colonial] Revival Style, established in 1915 at the Panama–California Exposition.

All of the 21 Franciscan Alta California missions (established 1769—1823), including their chapels and support structures, shared certain design characteristics. These commonalities arose because the Franciscan missionaries all came from the same places of previous service in Spain and colonial Mexico City, in New Spain. The New Spain religious buildings the founding Franciscan saw and emulated were of the Spanish Colonial style, which in turn was derived from Renaissance and Baroque examples in Spain. Also, the limited availability and variety of building materials besides adobe near mission sites or imported to Alta California limited design options. Finally, the missionaries and their indigenous Californian workforce had minimal construction skills and experience.

(stucco), which with wide side eaves shielded the adobe brick walls from rain. Other features included long exterior arcades, an enfilade of interior rooms and halls, semi-independent bell gables, and at more prosperous missions curved 'Baroque' gables on the principal facade with towers.

These architectural elements were replicated, in varying degrees, accuracy, and proportions, in the new Mission Revival structures. Simultaneous with the original style's revival was an awareness in California of the actual missions fading into ruins and their restoration campaigns, and nostalgia in the quickly changing state for a 'simpler time' as the novel Ramona (Helen Hunt Jackson, published 1884) popularized at the time. Contemporary construction materials and practices, earthquake codes, and building uses render the structural and religious architectural components primarily aesthetic decoration, while the service elements such as tile roofing, solar shielding of walls and interiors, and outdoor shade arcades and courtyards are still functional. 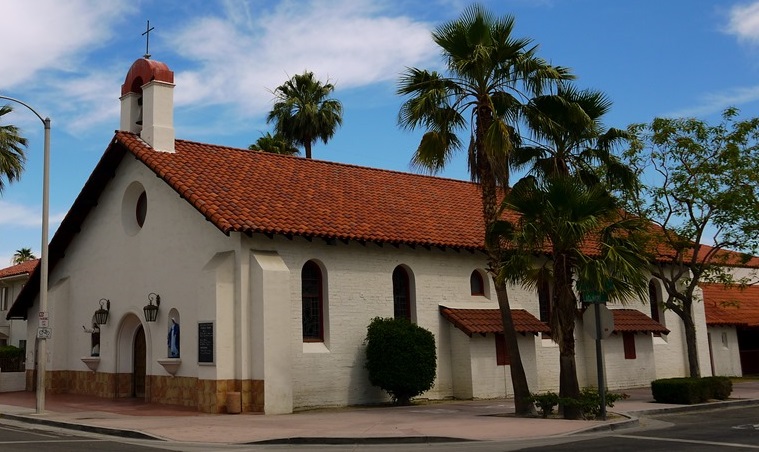 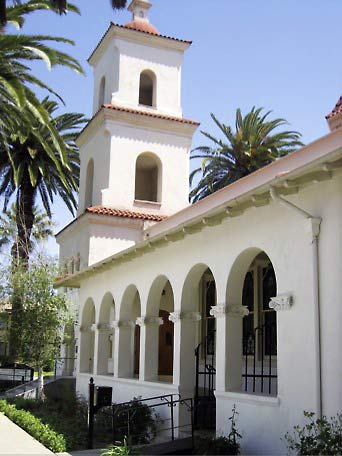 The Mission Revival style of architecture, and subsequent Spanish Colonial Revival style, have historical, narrative—nostalgic, cultural—environmental associations, and climate appropriateness that have made for a predominant historical regional vernacular architecturestyle in the southwestern United States, especially in California.

The Spanish Mission Style and its associated Spanish Colonial Revival Style became internationally influential. Examples can be found throughout Australia and New Zealand where the California Bungalow style was also prevalent. In South Africa, it merged with the very similar Cape Style, a local architecture which utilized the same Dutch Gable shapes with vernacular mud brick construction – this probably had an influence on other 'Colonial Style' buildings on the African continent in the interwar period.

In Central and South America its influence is less discernible as the Spanish Colonial Style had, in effect not been departed from, so it is arguable that there wasn't a revival. Following the examples that developed in places like Florida, the Mission Style became one of the several styles associated with warm, seaside developments and thus appeared throughout Europe and even Asia; Osbert Lancaster lampooned it as 'Coca-Cola Colonial'.

Increasingly watered down as a style, it re-emerged in the 1950s, often as hotel architecture and survived into the 1970s as a domestic style; this was doubtless due to the prevalence of the Caribbean and Spain in popular culture of the period helped by the increasing popularity of places like Spain for holidays from Britain and the U.S. 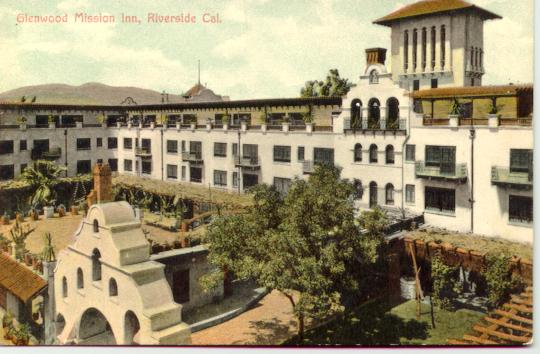 above: The Mission Inn in southern California is one of the largest extant Mission Revival Style buildings in the United States. Located in Riverside, California, and completed in 1932, it has been restored, with tours of the style's expression.[2]

Other structures designed in the Mission Revival Style include:

above: Union Station, in San Diego, California, completed in 1915. 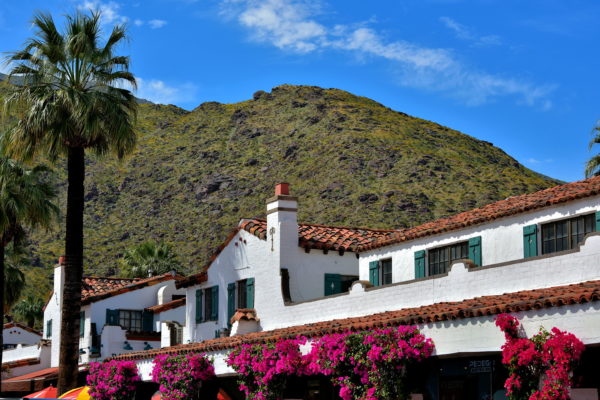 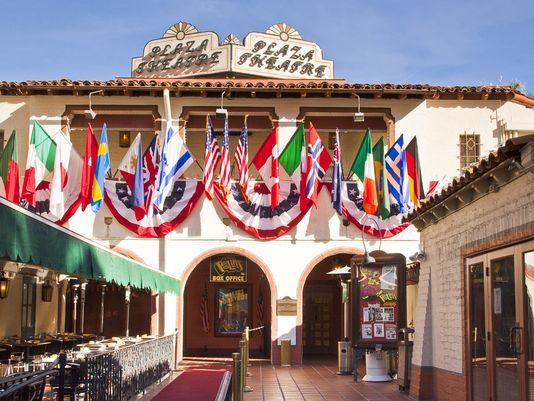