What is Mid-Century Modernism?

Mid-century Modern is a term that describes mid–20th century developments in interior, product, and graphic design, architecture, and urban development from roughly 1933 to 1965. The term, employed as a style descriptor as early as the mid-1950s, was reaffirmed in 1983 by Cara Greenberg in the title of her book, Mid-Century Modern: Furniture of the 1950s (Random House), celebrating the style that is now recognized by scholars and museums worldwide as a significant design movement.

The Mid-Century Modern movement in the U.S. was an American reflection of the International and Bauhaus movements, including the works of Walter Gropius, Florence Knoll, Le Corbusier and Ludwig Mies van der Rohe.[1] Though the American component was slightly more organic in form and less formal than the International Style, it is more firmly related to it than any other. Brazilian and Scandinavian architects were very influential at this time, with a style characterized by clean simplicity and integration with nature. Like many of Frank Lloyd Wright's designs, Mid-Century architecture was frequently employed in residential structures with the goal of bringing modernism into America's post-war suburbs. This style emphasized creating structures with ample windows and open floor plans, with the intention of opening up interior spaces and bringing the outdoors in. Many Mid-Century houses utilized then-groundbreaking post and beam architectural design that eliminated bulky support walls in favor of walls seemingly made of glass. Function was as important as form in Mid-Century designs, with an emphasis placed specifically on targeting the needs of the average American family.

In Europe, the influence of Le Corbusier and the CIAM resulted in an architectural orthodoxy manifest across most parts of post-war Europe that was ultimately challenged by the radical agendas of the architectural wings of the avant-garde Situationist International, COBRA, as well as Archigram in London. A critical but sympathetic reappraisal of the internationalist oeuvre, inspired by Scandinavian Moderns such as Alvar Aalto, Sigurd Lewerentz and Arne Jacobsen, and the late work of Le Corbusier himself, was reinterpreted by groups such as Team X, including structuralist architects such as Aldo van Eyck, Ralph Erskine, Denys Lasdun, Jorn Utzon and the movement known in the United Kingdom as New Brutalism. 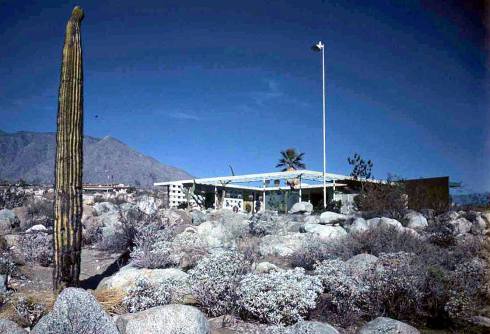 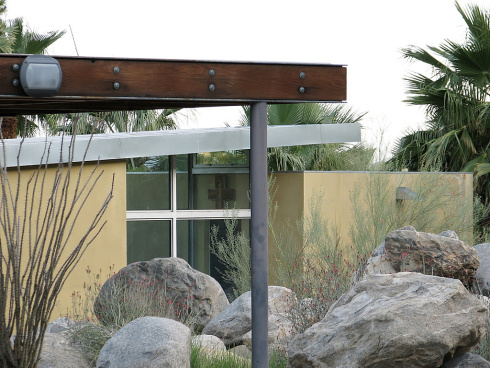 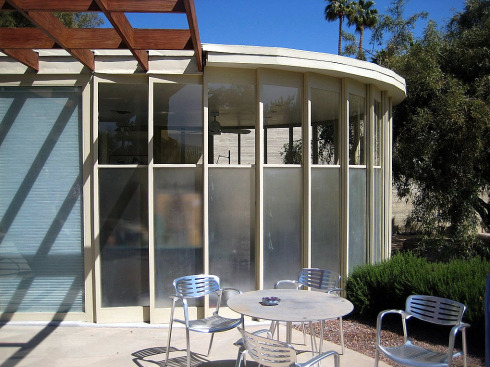 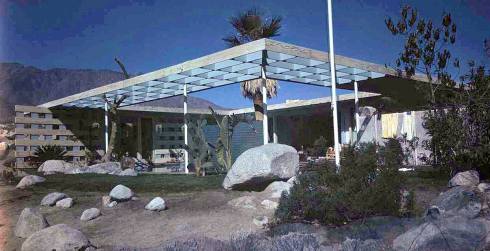 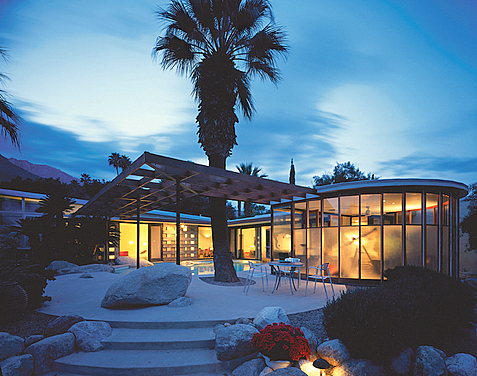 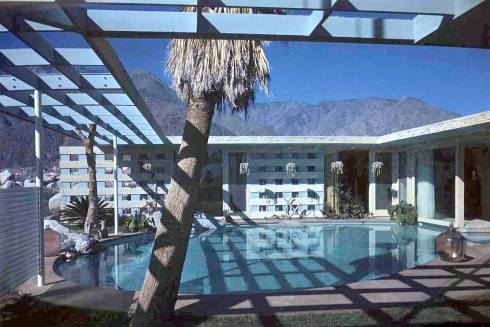 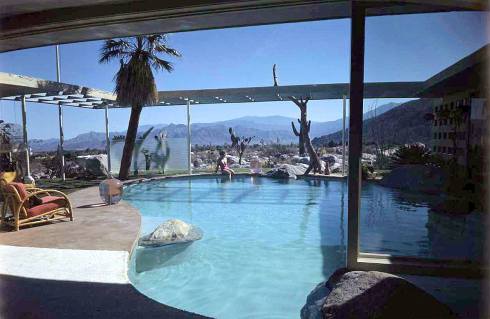 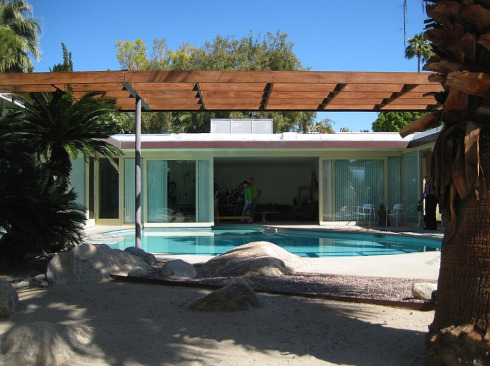 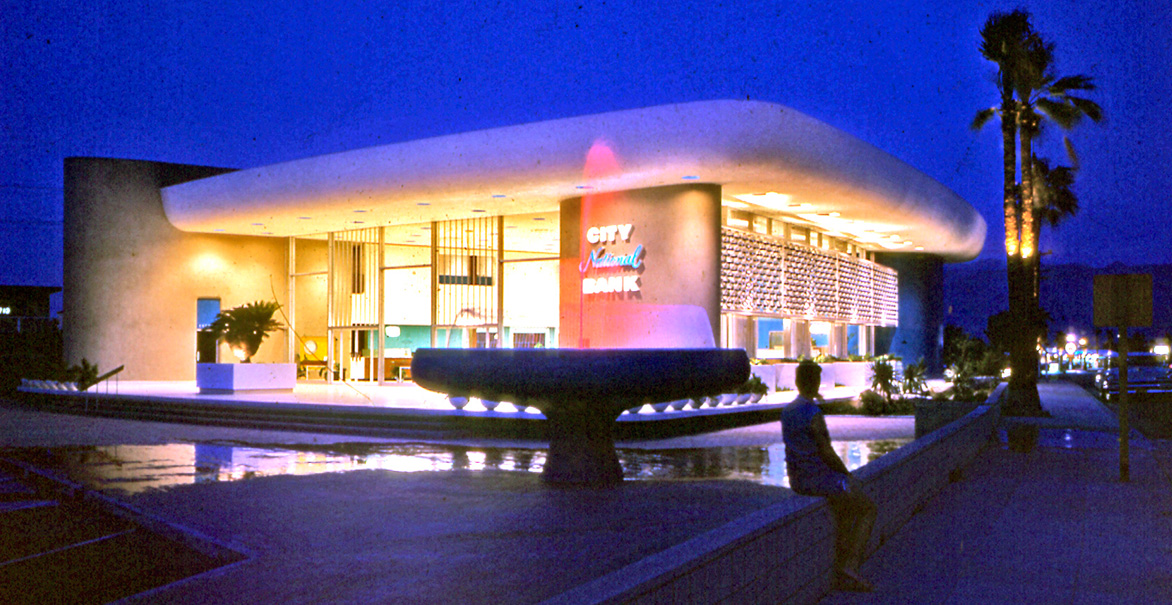 Earle Webster: "The Ship of the Desert" nautical moderne house (1936) (with Adrian Wilson) 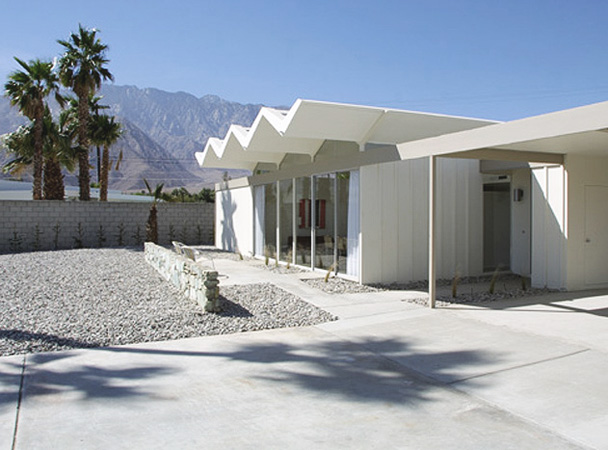 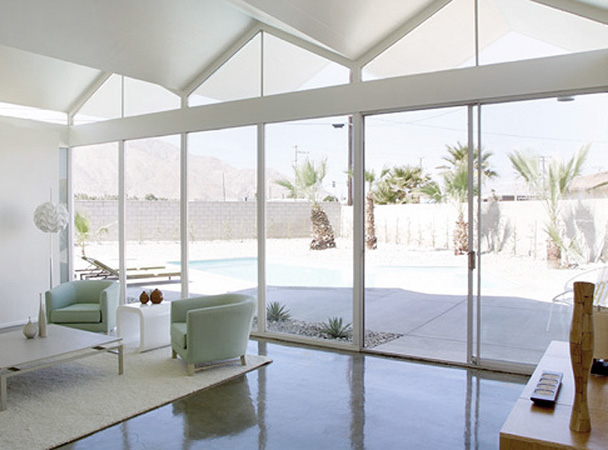 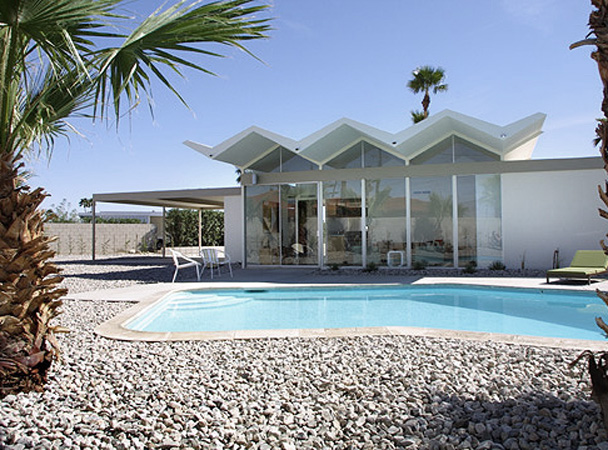 Restoration projects have been undertaken to return many of these residences and businesses to their original condition.[20]

Scandinavian design was very influential at this time, with a style characterized by simplicity, democratic design and natural shapes. Glassware (Iittala – Finland), ceramics (Arabia – Finland), tableware (Georg Jensen – Denmark), lighting (Poul Henningsen – Denmark), and furniture (Danish Modern) were some of the genres for the products created.

In America, east of the Mississippi, the American-born Russell Wright, designing for Steubenville Pottery, and Hungarian-born Eva Zeisel designing for Red Wing Pottery (and later, Hall China) created free-flowing ceramic designs that were much admired and heralded in the trend of smooth, flowing contours in dinnerware.

On the West Coast of America the industrial designer and potter Edith Heath (1911–2005) founded Heath Ceramics in 1948. The company was one of the originally numerous California pottery manufacturers that had their heyday in post-war USA, and produced Mid-Century Modern ceramic dishware. Edith Heath's "Coupe" line remains in demand and has been in constant production since 1948, with only periodic changes to the texture and color of the glazes.[21]

Printed ephemera documenting the mid-century transformations in urban development, architecture and design include Linen Type postcards from the 1930s to the early 1950s. They consisted primarily of national view-cards of North American cities, towns, buildings, monuments and civil and military infrastructures. Mid-century Linen Type postcards came about through innovations pioneered through the use of offset lithography. The cards were produced on paper with a high rag content, which gave the postcard a fabric type look and feel. At the time this was a less expensive process. Along with advances in printing technique, Linen Type cards allowed for very vibrant ink colors. The encyclopedic geographic iconography of mid-century Linen Type images suggests popular middle class attitudes about nature, wilderness, technology, mobility and the city during the mid-20th century.[22] 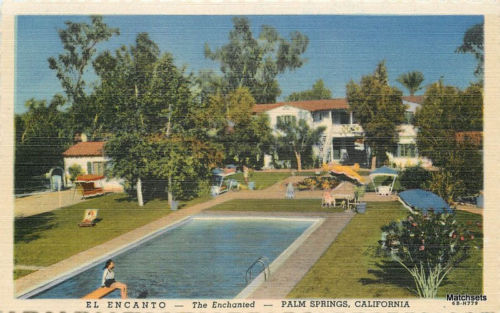 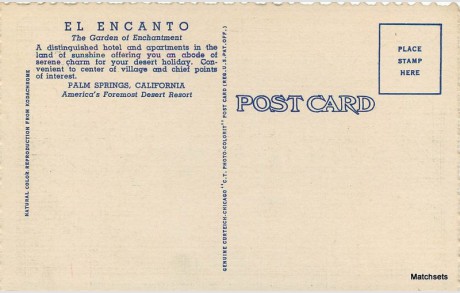 Curt Teich in Chicago[23] was the most prominent and largest printer and publisher of Linen Type postcards[24] pioneering lithography with his "Art Colortone" process.[25]

Other large publishers include Stanley Piltz in San Francisco, who established the "Pictorial Wonderland Art Tone Series"); Western Publishing and Novelty Company in Los Angeles; and the Tichnor Brothers in Boston.[26]

The printing of mid-century linen type postcards began to give way in the late 1950s to Kodachrome and Ektachrome type glossy color prints. 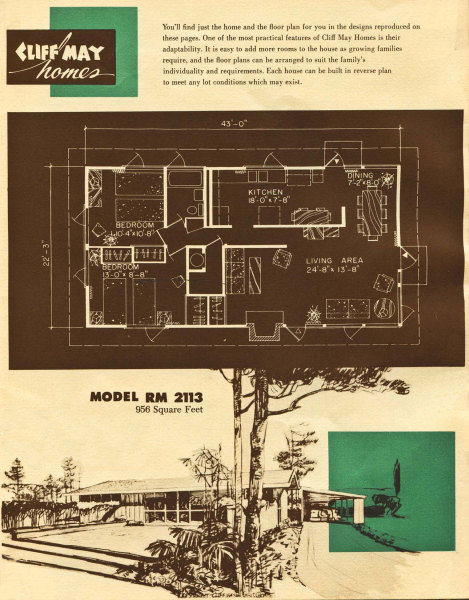 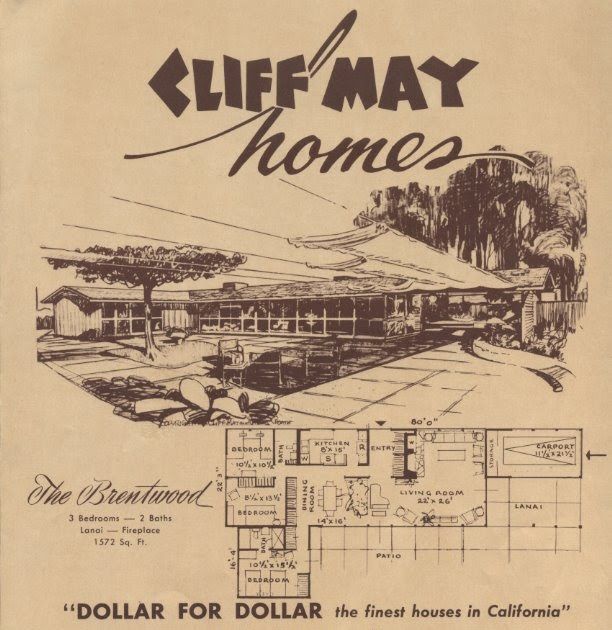 (above) Ranch home designs by Cliff May, architect and developer 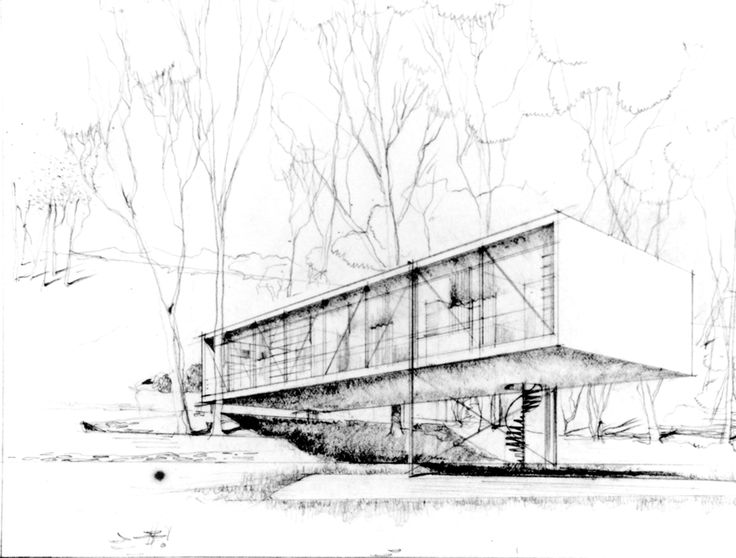 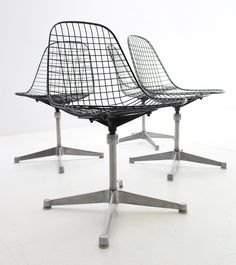 (above) textile pattern, architecture, and furniture by designers Charles and Ray Eames.